Will Google become the new Sun? 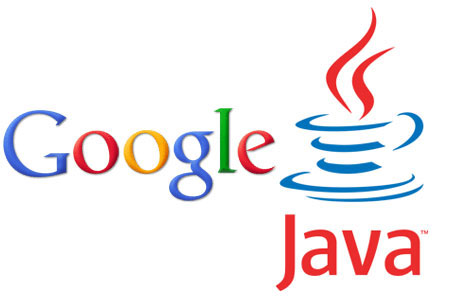 Since Oracle took over Sun a lot of Java community members feared the future of their favourite programming language. And their worst nightmare came true. Oracle started lawsuits against different companies, they postponed the implementation of new language features requested through JSR’s, OpenSolaris is no longer really open source, the JDK based on JRockit is paid, … What’s next? IDE’s that will be paid? …

A lot of Java lovers, me included, hope that a new player will stand up, a new Sun, a company that has at least the same mindset as Sun (open source, community driven, …). In my opinion, Google is the ideal candidate to become the new Sun.

Active in the Java World

First of all Google is already very active in the Java world. They have Google Web Toolkit- a framework to create Rich Internet Applications in pure Java -, Google Collections – a Java library which makes it easier to manipulate collections in a type-safe way -, Google App Engine – a set of services which can be used to deploy your own java based web app on Google’s infrastructure for free, a Google Plugin for Eclipse, Google Project Hosting – supports multiple languages, Java included, Google Java Developer Tools, …

Next to that they have created Android, the most used and fastest growing OS for smartphones and tablets which has an SDK and code syntax that have many similarities with Java.

Google has a lot of products which can be used for free, which are of great quality, have great usability and really add value. It all started with the Search Engine, then GMail was introduced, a complete new way of managing e-mail. A lot of people use Google Adsense, Analytics and/or Adwords for their website. One can create a site easily with Google Sites, make translations with Google Translate, chat with Google talk, browse the internet with Google Chrome, create and edit documents online with Google Docs, easily find files, mails, docs and start programs on your pc with Google Desktop, manage your photo’s with Picasa and find a location with Google Maps… and then I probably forgot a lot of products…

The company culture at Google stimulates innovation and it doesn’t just deliver good products and technology but there’s also a bunch of Google lovers which is very important if you want to have an active community as a company.

Google doesn’t hire anyone, they look for great people with great minds that fit in their organization.

No word yet on what James will be working on, but I wouldn’t be surprised if this job offering is connected to Oracle’s lawsuit against Android. However, I’m sure a vast number of companies were planning on courting Gosling to join their ranks. It’s probably not a coincidence that Gosling has been taking the last year off. It’s possible that he was under a 1-year non-compete contract with Oracle.

Although Oracle likely owns everything that Gosling ever developed at Sun, there may be a way that he can help Google out of its legal wrangling with Oracle. One of his patents (RE38,104) is part of Oracle’s current patent infringement suit. Of course, I’m not saying that Google didn’t also want Gosling’s vast programming expertise and creative mind. I’m sure Google understands that they need to use him as more than just a patent shield – and there’s no guarantee that he could actually deflect any of Oracle’s infringement claims.

Oracle’s CEO Larry Ellison tried to maintain control of OpenOffice by kicking supporters of LibreOffice off the OO Community Council. He was defeated, though, when most of the remaining developers quit the OO project. Losing cash, Oracle decided to give in and free OpenOffice.

Comments on: "Will Google become the new Sun?" (3)